Back to the project. First, an update on the backlog of buildings. Last week I picked an Imperial Sector. After looking at the current 4 gothic building on the table and folks posting some awesome stuff posted online, I wanted to fill in more ruined buildings. So there will be ~7-8 building plus scatter terrain. Next the current building. I started working on this building as a Lab that was ruined and made some lab equipment. However, the lab equipment started to turn out really cool and I didn't want to bury it under rubble. Then Fallen (IC Forums) had a great suggestion of doing a medical center. I worked on designs and figure out that there was just not enough room to do what I had in mind. Hence the Imperial Sector and more work. So the current building is jsut going to be a ruined building with a squatter shack on the second floor. Again the challenge of using the Pegasus Hobby buildings is the roof. So I put on a quick angle roof like the supply depot and boarded up the windows. The rubble is the new method which turned out well and there are lots of 'stuff' in the rubble to look through. This will not have many places to deploy troops and is meant for more as an impassible area. Email ThisBlogThis!Share to TwitterShare to FacebookShare to Pinterest
Labels: Gothic City Board, Terrian

Look where my army ended up!!! So this morning I was browsing 3++ and look who made the Best of 2011 Space Marine round up.

Thanks to Boy Genius for the shout out. You just made my week!

Note that I also apeared on BoLS in August

It has been a big year for me.

Best comment on my army... "It's good to see Caterpillar taking their business seriously again. " - TopHat_Gorilla

'My army is fluffy!' 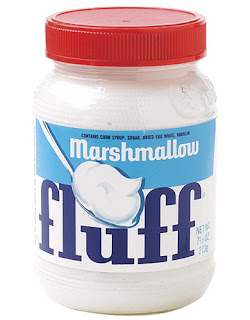 The term fluff is used to describe the background and story of 40K. When an army list is ‘fluffy’ we should be talking about a list based on a story or the background of 40K. This is not always the case. The term ‘fluffy’ has been used to talk about any army list that has a theme. A theme can be anything from a list based on a 40k fiction to one that takes all jump troops. I am not saying a theme is bad, but it is a larger idea than one based on fluff.

The antithesis of fluff is meta-game. Meta-game is using the strength or weakness of the rules to build a list that performs a certain way. For example, a close combat army is a meta-game term not a ‘fluffy’ one. When you are looking at the rules you are not looking at the fluff. The fluff may justify a rule. For example Sergeant Telion has a note in his fluff that says he sometimes help train other chapters scouts to explain why he is not just a Ultramarines army option.

There are three ways to look at list based on the games fluff. Each starts with elements drawn directly from the canon. These are the fiction and background written by GW and Black Library in the 40k universe. The golden rule here is that you are basing your army list on GW’s fiction, not your own.

First, an army list based directly on a work of 40K fiction. This is the purest way to build a fluffy list. Since most books focus on a single person or unit it is rare that you can fill out a full 1500 point list. One of the best examples here is a Gaunts Ghost IG army. In this case GW has even provided rules to help. FW does a great job of building fluff and rules to go with them. The downside here is that these lists can be difficult to win with because they aren’t designed for the metagame.

Second, an army list based on the codex background. This way takes some extrapolation of how the background in the codex would work. The codex sets out how a army organizes a force. For example Space Marines have battle companies made up of 6 tactical squads, 2 assault squads and 2 devastator squads. So, in a ‘fluffy’ marine list you would have kind of the same ratio with the addition of some chapter level support. In these cases core units would always make up the bulk of the list with fewer elite or specialty units. The downside here is that it builds a boring list**.

Last is an army list with a background that you thought up, based on these first two. This is what most people intend to do when they set out to build a ‘fluffy’ list. The success of these lists as ‘fluffy’ lists is base how well you can write plausible fiction in the 40k universe. Don’t confuse this with theme or meta-game, again an all mech army is just an all mech army. The fluff is about the background and story. Don't expect anyone to understand the fluff part of your list in these cases, after all what your building is not in the cannon. These lists are just to give you focus for modeling and it is how well you do putting those elements into your army that maters.

If you like the background and fiction surrounding 40k, making it part of your army is fun. Every army needs an identity; something to hook other player in when you set them up on the table. I love playing Imperial Fists because when I lay them out on the table people know who they are and know the background. I just painted them yellow with fist icons and I have an instant connection with other player who have read the fluff. In my case I modeled them to show that they have been knee deep in siege warfare. That makes them fun. Fluff is good; it just doesn’t matter in winning games.

** When I say boring, what I mean is that you will have not many elite or specialty units. I remember reading a military war gaming exercise report where the Army used the assumption that every unit they use had the same combat effectiveness as the 75th Rangers. Sure it was fun, but not an example of how the US Army is going to preform. Elite and specialty units are rare, but more fun to play.

Email ThisBlogThis!Share to TwitterShare to FacebookShare to Pinterest
Labels: thoughts

So I figured out what to do with the roof. I used some kinda lame barricade that comes in the Battlefield Accessories Set. I had 3 of them and they fit very nicely and then I added some card stock shingles. Tada a roof! The rubble looks much better and not as uneven as I feared. The process is smash some plaster bricks with a hammer, add in some dirt and scatter junk and used weapons. Posted by Unwashed Gamer at 1:59 PM No comments:

Building number 3 is a ruin building converted into a supply strong point. As you can see I dug up some Aegis Defense lines . I am still going to sand bag the heck out of this. The construction is a slapdash since it is meant to look like a location the a little more time was taken with. I started with a 'drive thru' but it was taking up too much space and messing up the LOS. So I turned the side into a bunker. I am still working out what I want to do with the roof. I am not going to do a gun pit up there because there is not enough room. I am toying with the idea of putting up a big billboard. Posted by Unwashed Gamer at 9:33 PM No comments:

With the Row House done, I have 2 of 4 building done. It has taken about a month to finish them and I am so far really happy with the project. The next two building are both square ruins. The goal will be to give them both a unique feel so that they are not twinkies. After that it is rubble and barricades and put it on a board… whoohoo.

Posted by Unwashed Gamer at 5:12 PM No comments:

Painting is in process. This part goes much faster for me. This building will be done by the Sunday and it will be on to number 3. I took some time to look at kendoka from the Dakka forums epic table called "Bridges over Troubled Water" I realized that I am doing rubble wrong. Painting rubble after it is on the terrain is much harder than using colored rubble. Rolling over in my head how to try it, now. Posters are still a blast to do. I thought for a moment that I might be over doing them, but really I don't care. They give the terrain a great feel and are tons of fun. Well this was just a quick progress update.. off to bed.

Posted by Unwashed Gamer at 11:33 PM No comments: